Selling the Most Important Home...YOURS!

Cornelia C. Heckenbach, Associate Broker, is one of the area's and company's leading agents with over 20 years of international and local real estate experience. Cornelia is available to provide premier service to the local, national or international clients, she is fluent in three languages. Cornelia was born, raised, and college educated in Germany. She relocated to Talbot County in 1990. A dedicated full-time agent with notable expertise of the local market including waterfront estates, luxury homes,farms, unimproved land,investment properties,new construction and development.She specializes in representing Buyers and Sellers to achieve their real estate goals. Consult with Cornelia for Premier Representation today. 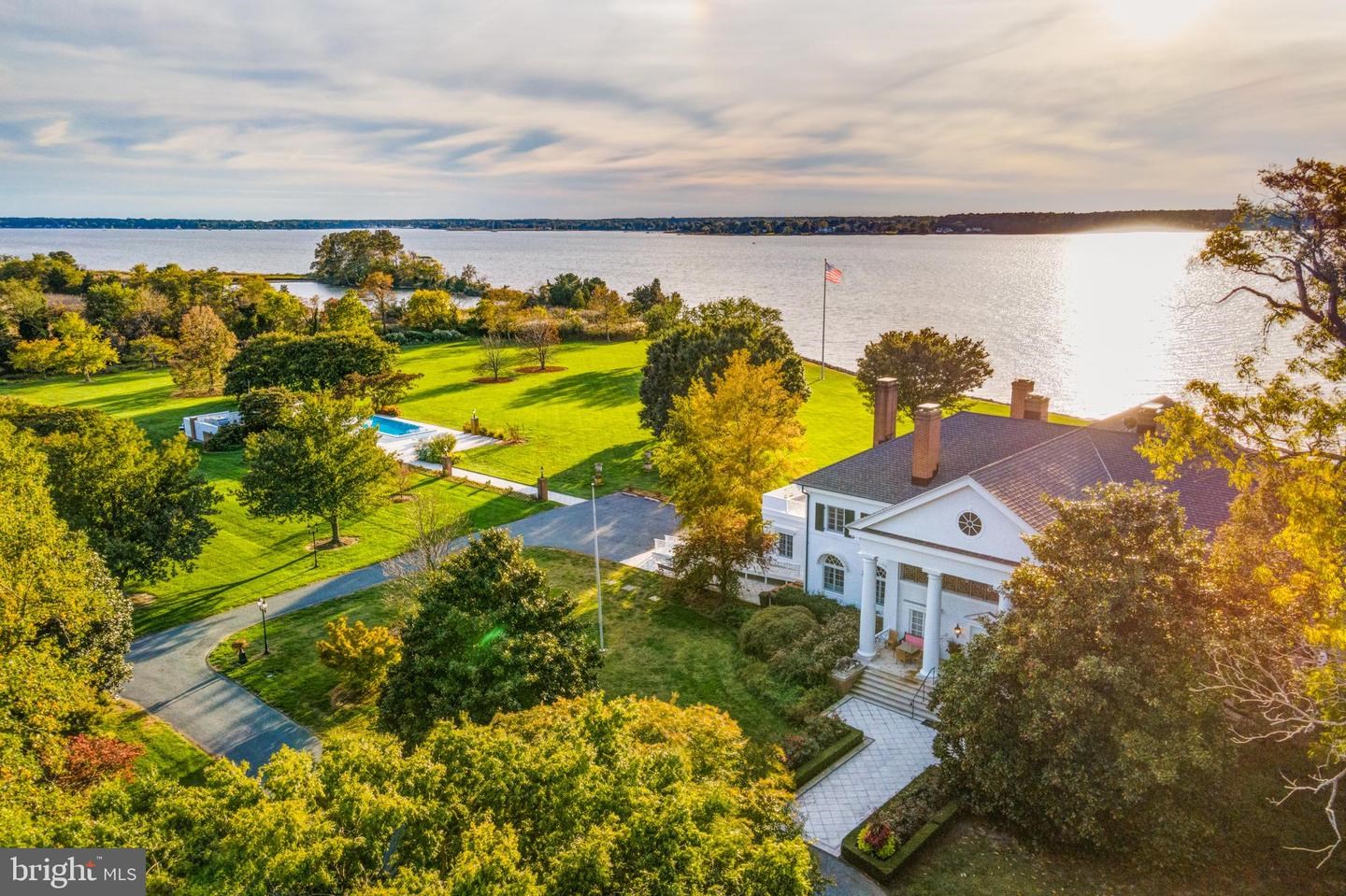 9675 Fairview Point Lane
Easton, MD 21601
4 Bedrooms , 8 Bathrooms
Offered at $40,000,000
ONE OF A KIND - Fairview Estate, tranquil and timeless, is among the great historic estates of Talbot County, Maryland. With a total of 14 bedrooms, 14 full baths, 8 half baths in multiple buildings it is perfectly situated for ultimate peace and privacy at the end of a peninsula on the Miles River, a 12.9-mile-long tributary of Chesapeake Bay, on the storied Eastern Shore. The estate's picturesque grounds encompass 74 acres of private parkland, 19th-century formal gardens, and 2,100 feet of shoreline with a private beach, and a tidal pond with pierâall this bordered by thousands of acres of conservation land. Fairview has a rich and fascinating history. In the 1600s, the estate formed part of a large tract owned by Andrew Skinner, one of Maryland's original planters. It is said the land was granted to Skinner by Lord Baltimore, Proprietor of the Province of Maryland, and where a great Federal-style mansion, named Fairview, was built by Skinner's descendants. Nearly four centuries later, the Federal-style manor house sits at the heart of one of the Chesapeake region's greatest estates. According to the architectural survey, Fairview is of great architectural importance on two counts: It is a great Federal-period mansion, retaining some of the best features of that period, as well as being a great Greek Revival structure in a land where few remain or were constructed. Also of note is Fairview's beautifully restored box garden, which is a superior example of an early 19th-century formal garden. Over the last 32 years, the current owners have carefully preserved, extended, and transformed Fairview into a grand and gracious estate. In keeping with Fairview's colonial heritage, this illustrious property now features a magnificent Neoclassical main house, facing the waterfront, glorious grounds, and world-class amenities. It is a sanctuary from the everyday world, secluded from major roads and surrounded by thousands of acres of preservation land. Fairview is a very special place unto its own, meant for the enjoyment of generations to come. The main house was added to the property and custom built in 1991 by ILEX builders, the white brick main house, with 14,300 square feet of living space, and designed in the Neoclassical tradition is sited at the far end of the property to take in the splendid views of the Miles River and its spectacular sunsets. The Federal-style original manor house, with 6,150 square feet, was constructed circa 1670. Additional structures on the property include the Mousetrap, a circa-1800s 900 square foot residence with two bedrooms and a wood-burning fireplace; the Victorian House, a 2400 square foot residence currently configured with staff offices and two apartments; a 1200 square foot fitness studio attached to a four-car garage/event staging space; four additional garage buildings; and a greenhouse with attached flower shop. A heated pool, elevated to take in views of the river and a cabana with outdoor shower, powder room, and kitchenette; an asphalt tennis court; and a professional nine-hole course for the golf enthusiast are among the estate's resort-worthy amenities. Fairview's secluded 74-acre grounds include 2,100 feet of shoreline on the scenic Miles River, with rip-rap stone protection and a sandy beach. On the property is a tidal pond with an elevated pier. Just beyond the water's edge are the 19th-century formal gardens with their high boxwood hedges and stone fountain. Furthering the splendor of this rural idyll are thousands of specimen trees, wide verdant lawns, a vegetable garden, and a romantic gazebo, sited near the Federal house, which offers a tranquil spot to take in the views of the pastoral landscape or watch the numerous species of birds flying overhead. Few properties with such significance, peace, and sense of place come to market. Fairview, with its serene and private setting, offers a unique opportunity to acquire a part of history, and to live in it.
VIEW DETAILS